By GpostingDecember 22, 2022No Comments3 Mins Read 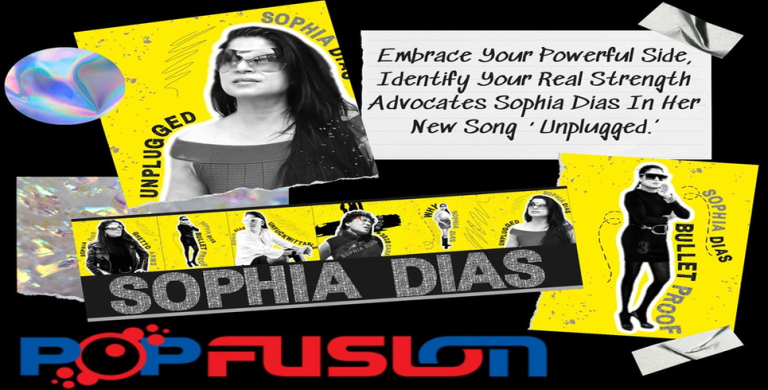 Unplug from the toxic relationships that feel nothing more than a burden on you, which requires you always to do more which shall never be enough; Sophia Dias’ presents a much stronger side of her in the new song from her album ‘Bullet-Proof,’ released on December 9, 2022. The album comprises seven tracks, all of which depict a story of bravery and resilience. Streaming now on all leading music platforms, ‘Unplugged,’ will take listeners on a horizon where everything seems possible, and the light at the end of the tunnel finally seems to be visible. The album also is a follow-up to the book, which shared the same title.

Based in Chicago, Illinois, Sophia shares a special appreciation and love for Jamaican culture and reggae music which is reflected in her work. The latest album has been recorded and collaborated in Jamaica. Distributed by Zojak Worldwide, the song is a mix of an eclectic, avant-garde sound fusing funk, pop, and disco music which subtly delivers the paramount message of exploring the true strengths and moving past all that was meant to stop you. Sophia is seen in a new avatar where she effortlessly transforms from a domestic violence survivor to an advocate for women’s rights, justice, equality, and acceptance of women in every aspect of life. ‘The song reflects how you can beautifully transform to your full potential once you discard what has been pushing you in the wrong direction,’ added Sophia as she made a special request to all her fans to listen to the album. Other album tracks are ‘Bullet-Proof’; ‘Fuckwitables’; ‘Ghetto Arms’; ‘Sara Room 3010’; ‘Stronger Than Before’; and ‘Why.’

‘Unplugged’ opens with the scene of the Spanish guitarist ‘Lamont Monty Savory,’ who immediately draws the attention of many. The album has been possible through the efforts of many Jamaican talents that Sophia brought on board, ‘Honestly, this was an amazing experience for me, the long hours of search, days and nights of looking for the right people for this project, all the toughest days has been paid off, I am truly grateful to the powerhouse of a team behind this project,’ Sophia showered love on the team behind ‘Bullet-Proof.’

The likes of mixing engineer Shane Brown has played an exceptional role in making the recording of a song possible at Tuff Gong, where Sophia honored and showed respect to Bob Marley. ‘We have pulled off what once seemed like a dream. I wanted to put together a powerful song, with a powerful message, with a powerful team, and I have done it,’ Sophia concluded.

The multi-talented singer also shares a love for cooking and finds it therapeutic, helping her through her stress-filled days. Her biography has been critically acclaimed for the uncut, raw account of her life in a toxic relationship. She looks forward to actively introducing and participating in projects that deliver a compelling message for women.

Sophia is currently occupied with the album’s promotions and has promised her fans to stay tuned as she is bringing some exciting projects for the audience in the near future.

Click link below to listen to the Bullet Proof Album today https://zojak.lnk.to/bulletproof

Benefits of Relaxing with Paint by Numbers Kit

Best Tips for Spicing Up Your Relationship